I had a grand plan. I came up with a work around regarding an emotional attachment. Then I discovered something so close to the culmination that I do know; complete the research before beginning enactment of your grand plan.

I’d planned, quietly, letting my hair grow to donate it. Three people were told of my plan as it was getting close to cutting the tail time for this tale. As far as anyone was concerned through the growing, I was just growing the pony tail because I really like it, which I do.

I’ve been doing this for a LONG time! 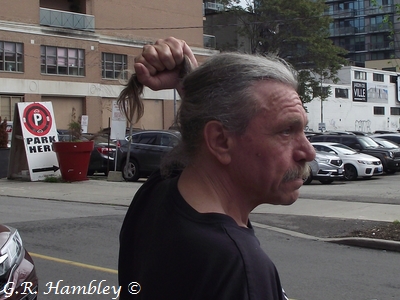 I’ve written about walking the talking you do. I don’t know how many times I’ve said to people, “I do what I can” and I do.

I wrote another piece about me opting out on the pink in October campaign and why.

Another factor in my decision to grow out my hair for donation was familial. Some serious irony in this man’s passing.

The emotional attachment, I love my pony tail, I really do. The work around, let it grow for another couple months and then I’d still have enough to both donate and keep the tail going. A win/win situation.

The reason my pony tail won’t be accepted, I have more than 5% grey in my hair. You can read all about donating your hair for cancer here. The fact that the wig program is just for women (also news to me) and therefore not equal is to my mind, so unfair. I’m okay with the women only designation though.

I’m told by a woman that I related my tail tale of woe to, she’d thought of doing the same, donating her hair. The reasoning for not more than 5% grey I’m told is because grey hair cannot be dyed.

Been doing the managing of this mop that long too! 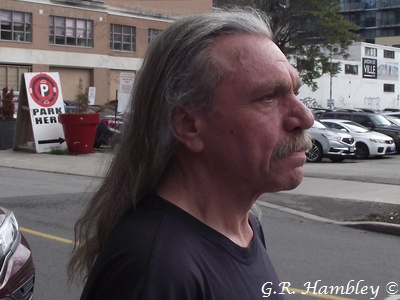 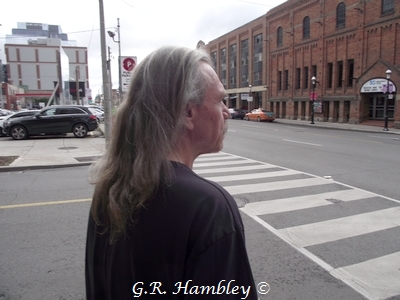 I’ve related what I’ve encountered to ½ a dozen people now. Those people can’t understand why grey hair wouldn’t be wanted. Perhaps we should get the People at “Pantene Beautiful Lengths” in touch with the people at “Dove” and their campaign for real beauty.

My audience during one of my relatings, a woman and a man. We were talking a bit about the grey factor. I said that (there’s that damn modicum of decorum again) I’ve seen older women with the silver/grey look and they were smokin’. The man laughed at the older women comment and I told him I was looking for a frame of reference.

Had there not been a woman present and he’d laughed after what I’d said, my comment after reference would have been vastly different. Don’t ask!

Perhaps the grand plan of some other entity was for my plan to come apart so I’d write the tale and share it with the world.

I do what I can do. The donation of my hair was something I really wanted to do. It would be doing as I say in a number of ways, “Making my little piece of the world better”.

One response to “A Hair Piece”