I got out for a walk last evening and found me a rainbow. 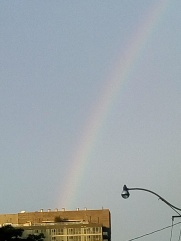 I like rainbows, one from Jersey and one from Niagara Falls.

Here in the City it looked like the rainbow sprung from one building and touched down on a different building. You decide which is which. 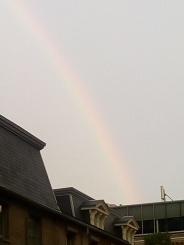 I wasn’t the only person grabbing a few shots of the rainbow. Ran in to someone I know and suggested they have a walk around the corner to see what I just told you, roof to roof.

Standing there watching the rainbow, sure it made me think of Kermit.
https://www.youtube.com/watch?v=WS3Lkc6Gzlk

It also made me think that maybe it was 2 rainbows with a common beginning or end, you decide. 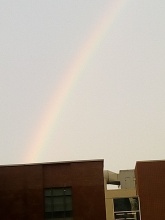 Evolving and adapting ‘tisn’t so for every such thing
Maturation hasn’t taken what is desirously alive
Byways in sunset years, a life long constant smoulders
Eagerly and ambivalently skipping stones in this new old age
Relations and passing ships should they dock or not
Solely isn’t lonely, without young angst, this heart still seeks

And I’ve been calling, calling to say

A phone shot at 6:45 am. I like Morning much more than I used too. I really enjoy the city when it’s quiet and the sites are coming up. 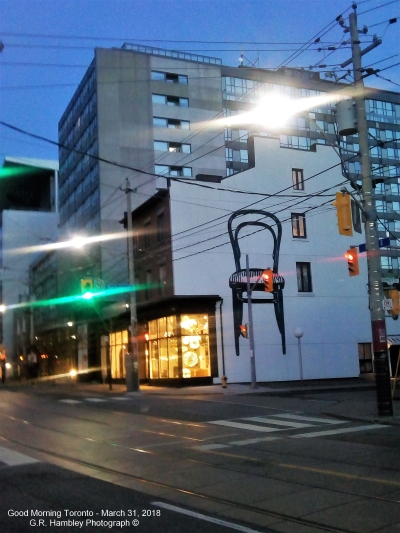 My Talisman of Life & Art

My Talisman of Life & Art

I was given what you’re looking at as a Birthday Gift a number of years ago. I’ve carried it ever since.

Someone I know somewhat closely was in a quandary. In a head-space that someone else laid on them.

That my friends is what we call an “Emotionally Controlling Act”. If you’ve read enough of my stuff, you know that behaviour does not fly with me!

I took my Talisman out of my pocket and did a few shots. I looked at it a few ways. Looked at it in the colour version you see and desaturated to Grey Scale or B&W if you like.

The Grey Scale is starker more statement than feeling. Go ahead and try it for yourself.

I sent the someone I’m somewhat close to the colour version. It’s warmer, more embracing. The warmth and embracing is what I believed was needed. 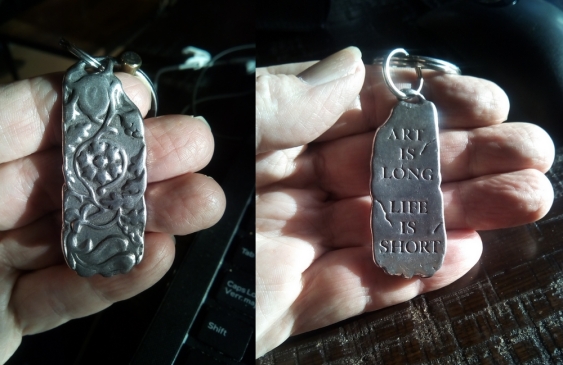 My gift was very well received and the one I’m somewhat close to will be exhibiting.

There are times when a chance encounter will forever stay memorable. Of course this is one of those times or I wouldn’t be telling me about it so I can tell you about it.

A woman and her two daughters took the table beside me late one Sunday afternoon. Mom unknowingly knocked my plug lose from the outlet when she sat down on the long bench we share in this cafe.

“Hee Sun” is the woman’s name and she is a creative. Hee Sun and her daughters are South Korean. I learned this in conversation with mom.

Thus begins a tale of enchanting encounter and wonder.

Apology was made for knocking out the plug. Assurances given that there was no need for sorry and no harm was done.

The lady stands and reseats herself after I’ve returned the plug to the outlet. Where the outlets are in this cafe, decorum demands you either put the plug in for someone or get out of the way. Not doing so could lead to an incident which in this case would have been an international incident and who needs those?!

It’s difficult to not see what is up on someone’s computer when you’re settling yourself in to place. Hey if it were something that private you wouldn’t be working on that something in a cafe.

I had some art and poetry I was working on up on my computer and Mom saw it when she sat back down. Hee Sun asked she me about what she saw.

Doesn’t happen often and I’ve done it myself, commented on something I’ve seen that’s art. Made a couple nice friendships that way but I don’t advise trying it unless you’re a creative. A little understanding and perspective folks. Understanding that there are personable people and that being personable is a good thing is a nice start.

I could have shut off any conversation right quick just be putting my ear buds in. Not like I haven’t done it before and won’t do it again. Sometimes when I got the buds in they’re just in so I don’t have to listen to anything and by anything I also mean anyone.

We start to talk and Hee Sun tells me she has written a children’s book and the illustrations are done by the daughter who is at home in South Korea. 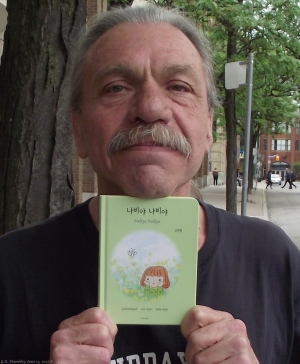 The two daughters (I do not know their names) were graduating McGill and Mom had come from South Korea for the girls commencement. They had a few days here in Toronto; then a couple days in Montreal for the exercise and back to Toronto for a few more days.

Choosing Toronto over Montreal to tour, good choice. Toronto is the most cosmopolitan city in the world. Landing here in “Community Mine”, lucky for me and lucky for Mom.

We can have the Toronto vs Montreal debate another time.

So me and she talked. We shared our thoughts about poetry and art. We talked a bit about her two graduating girls. We talked about how we’re all the same.

Sun Hee and me talked for about an hour as the girls amused themselves with their phones. The girls will be staying here and looking for jobs. We talked about that too.

Oh alas, oh woe is me. They’re grown up and they’re staying here and they’ll be so far away from their dear mother. If you’re thinking the lament of this South Korean Mother is the same as a Canadian mother or an American Mother or Jewish Mother, you’d be correct. You’d be correct because we’re all the same.

It wasn’t that extreme but Hee Sun was feeling the separation anxiety.

She read a couple of my poems and a narrative of mine. We went through them together as Hee Sun read aloud. She apologized for English once as she went to one of her daughters for help with better understanding the English through Korean.

Hee Sun showed me the cover of her book on her phone. She said she had one copy at the hotel and would send it to me. You see the book she sent me in the first image.

I mentioned her 3rd daughter did the illustrations for the book and they are terrific. Strangely or maybe not, the mom in the book looks similar to Hee Sun. Maybe it’s just because they have the same hair-do. Nah, it’s deeper than that. 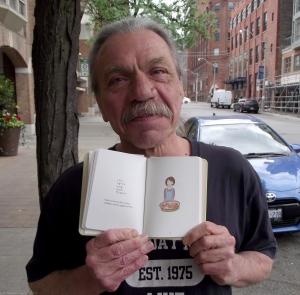 I introduced the lady to John Donne and like so many, she knew Donne without knowing it’s John Donne. I told Hee Sun that I have a good friend who after reading Mr. Donne’s Ye Olde English, decided that any future spelling errors would be attributed to Ye Olde English. The lady smiled at that.

Hee Sun spent a semester at Harvard and did a trail visiting the places of poets renowned in England. She likes the Romance poets and now has another romance poet she likes, me.

I had this conversation a couple weeks ago (June 04, 2017) and I’ve run the encounter past some of those in this “Community Mine” that I’m friends with. The thing about those people in my community and I point it out to them as we talk, they’re the same as me and Sun Hee and another friend of mine who is a mom and lives in South Africa.

We are all the same. We all want the same things.
A decent place to live.
Enough to eat.
Some work.
Some leisure.

That’s it folks. All she wrote. Simple stuff. We all want the same because we are all the same.

“Good Friend” saw this piece pretty close to the completion point. It was asked by Good Friend, “What about love?”. I don’t know if we all want love and I’ll take that up elsewhere.

I didn’t set out on this enchanting encounter of mine to tug at heart strings. What we two were talking about, how could it not? It could only not tug the heart at least a little if we aren’t the same.

Hee Sun provided me with her address and she will be receiving a letter from me. There is so much wonderful in a real letter, a hand written letter. Tactile and tangible and on occasion, scented.

Our conversation was worldly and I loved every minute of it. I’m going to tell her so by hand.

I went and had a look at where Hee Sun lives in Korea, Gimpo and it is pronounced, “Kimpo”. If you’re aged enough and were a fan of MASH, you’ve heard that name before.

The first return in the search brought me a bit from a wiki, Gimpo, directly across the Han river is North Korea.

I can’t even fathom living that. Sure I understand the political just fine but I can’t even grasp living with that situation in my backyard.

I will ask Hee Sun in the letter I write her to try and tell me how she feels about living with that threat as she does and I hope she’ll reply. I will be relating and asking other things as well.

Hee Sun told me she plays the guitar and sings. I’m thinking if I ask nicely, perhaps she’ll tell me a musical story. 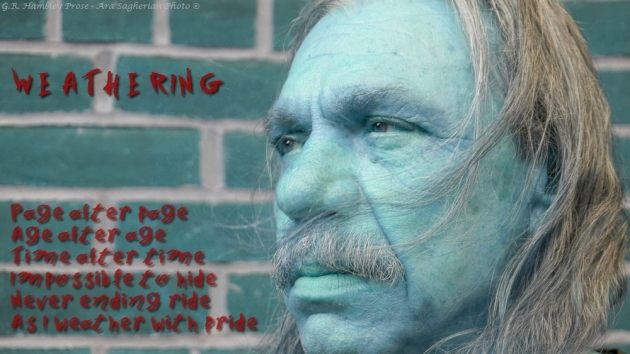 It works. Try it for yourself. 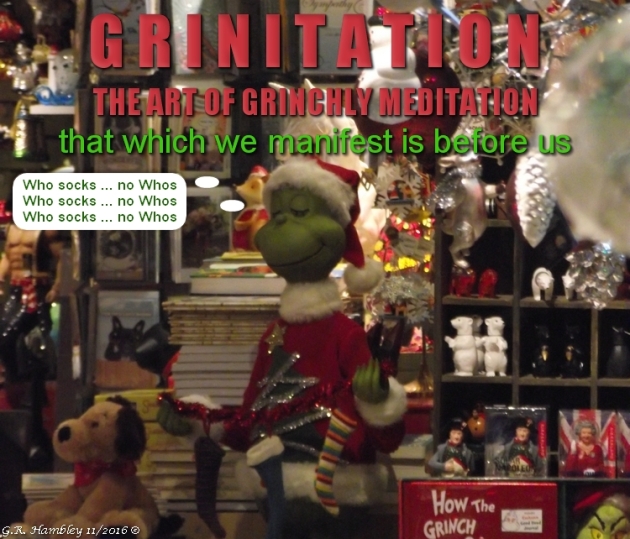 I’m told there has been a WordPress glitch and the posting of Part 1 may not have shown up in your reader. WordPress is my hub to other locations so I cannot delete and repost. The link to “Act I” will open in a new tab or window.

All they’ve done, all that’s been taken
One way or other, they’ll know forsaken
Sickness ends with certain death of life

Crossing bloody rivers where bodies flow
Earth so scorched nothing shall ever grow
Signs clearly showing today, angels must shine

Humanity at violent odds defiling its ugly self
Three books, contrived by false prophets for wealth
Acting out vile passages in the name of The One

Doings despicable with disregard to the old rule
Bloody axes fall, arrows fly, pain to them from you
You’ll soon see what’s coming from the one’s will